New Profile was established in 1998 as a feminist movement which acts for reducing the military’s influence on Israeli civil society and seeks to promote peace, non-violence, and a just and democratic society. We believe that militarism–which is deeply rooted in Israeli society–makes society more violent, sexist, and racist, weakens civilian and democratic values, blocks the path to peace, and prevents the end of the Israeli occupation of Palestine, perpetuating human rights violations against Palestinians and other marginalized groups.

We devote our work to act against militarism in Israel, for creating a more civil, tolerant, and peaceful society and for decreasing the social discrimination against those who didn’t serve in the military.

New Profile’s Counseling Network supports any person who independently chooses to avoid or discontinue military service with free counseling, information, and legal aid. Consisting of a network coordinator, legal coordinator, and group of trained volunteers, the Network supports around 1,000 people annually, with thousands more benefiting from the information we distribute online.

Through our Education & Outreach programs, New Profile acts to raise awareness of Israelis–mostly youth and professionals who work with youth–to militarism in Israel and its negative impact on society and on individuals. We expose how Israelis are indoctrinated to militarism by the education system, the media, and society at-large. We seek to counter the status quo by providing largely hidden data and information, militaristic-critical views, and actively legitimize the independent choice of youth who do not enlist in the Israeli Military.

Our main activities are: 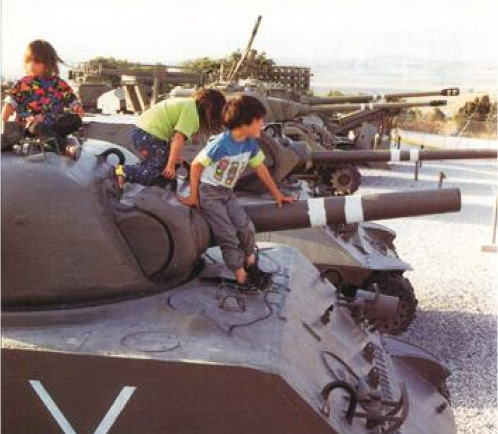 New Profile grew out of two learning groups of Israeli women in 1996, who began exploring the situation of women in a militarized society. After two years of joint study, the group members organized a public conference which focused on enlistment and on refusal to enlist in the military in Israel. New Profile, as an organization, was established at this conference, which took place on October 30th 1998, as a volunteer-based nonhierarchical movement.

The movement’s activity over the years (see here in Hebrew) has focused on supporting exemption-seekers and on education and outreach work. New Profile played an important role in supporting the evolving refusal movement in Israel, and has assisted in organizing and accompanying several public declarations of the refusal of Israeli youth over the years.

On several occasions, right wing groups and state authorities have acted against New Profile. In 2008-2009, an interrogation was conducted against the movement for allegedly “inciting for evading military service.” Several activists of New Profile were summoned for investigation, but eventually the investigation file was closed with no indictment. New Profile is certain to act within all Israeli laws, with all of our outgoing information undergoing strict review by our Legal Coordinator.

is a small arms disarmament and gun control project, consisting of a coalition of organizations. Rooted in a feminist analysis, GFKT aims to stem the violence enabled by ubiquitous small arms through preventive legislation, effective enforcement and comprehensive transparency about guns in civil space. GFKT incorporates consistent monitoring and fact-finding towards significantly reducing armed violence against women in and beyond their homes and holding both armed organizations and individuals accountable.

A network of activists whose goal is to support political refusers and to promote a discourse around refusal among Israeli public. The network offers connection to activists and to other refusers, a platform for a critical-political discussion on Israeli society in general and on the Israeli occupation in particular, as well as bureaucratic and personal counseling to refusers.

a global pacifist and antimilitarist network consisting of 90 affiliated groups in 40 countries, working for a world without war. WRI holds that all wars, including wars of 'liberation' and 'humanitarian military intervention' lead to suffering, destruction, and new structures of domination.

was launched in 1982 as a political movement aimed at supporting refusers and conscientious objectors. The movement has provided individual assistance to refusers, in tandem with political, legal, and informational activity in the struggle to end the occupation and avoid unnecessary wars.

Do you want to join us?

New Profile is a volunteer-based movement. We have several options for integrating you in our activities. If you are interested in volunteering for New Profile please contact us

Please support the work of New Profile to help us continue our struggle for the demilitarization of Israeli society:
Via PayPal or credit card

Donate through the:
Refuser Solidarity Network

For booking lectures on militarism and New Profile’s activity, or on a specific aspect of militarism, please fill out this form: